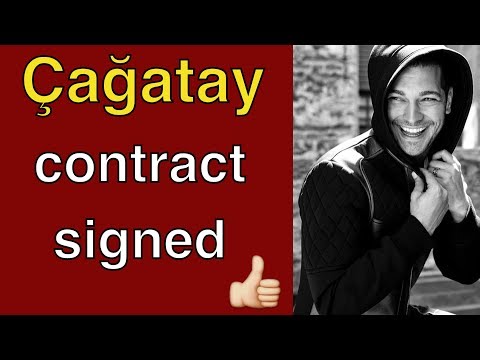 Çağatay Ulusoy – the Hollywood contract is signed As reported on Saturday, September 15, Turkish media Çağatay Ulusoy signed an official agreement with the United Talent Agency The actor personally met the owner of the agency Jeremy Zimmer, who was glad to greet Çağatay under his wing

This is not a partnership agreement between agencies, but a full-fledged contract with the actor Now his interests in the United States will be represented by the United Talent Agency Apparently, Çağatay's interests in Turkey will still be presented by Engin Aykanat, who rejoiced heartily by posting on Instagram a Turkish flag Thus, Çağatay Ulusoy became the first Turkish actor officially "registered" in Hollywood We are waiting for reports on what the project signed it

Recall that in the summer the contract for shooting in the Hollywood movie was also signed by another client of Engin Aykanat Hazal Kaya However, while she remains under the wing of Engin Under the terms of the agreement with the agency, from now on the manager of Çağatay and Hazal becomes the representative of the Turkish actors who want to try their hand at Hollywood If someone wants to get into an American film or TV series, he will be advised to turn to Mr Aykanat

By the way, he has excellent relations with the agency ArtIstanbul, whose clients are such Turkish stars as Engin Akyurek, Tolga Saritas, and Aras Bulut Iynemli Perhaps, after Çağatay and Hazal the other Turkish stars will be able to try their hand at American soil