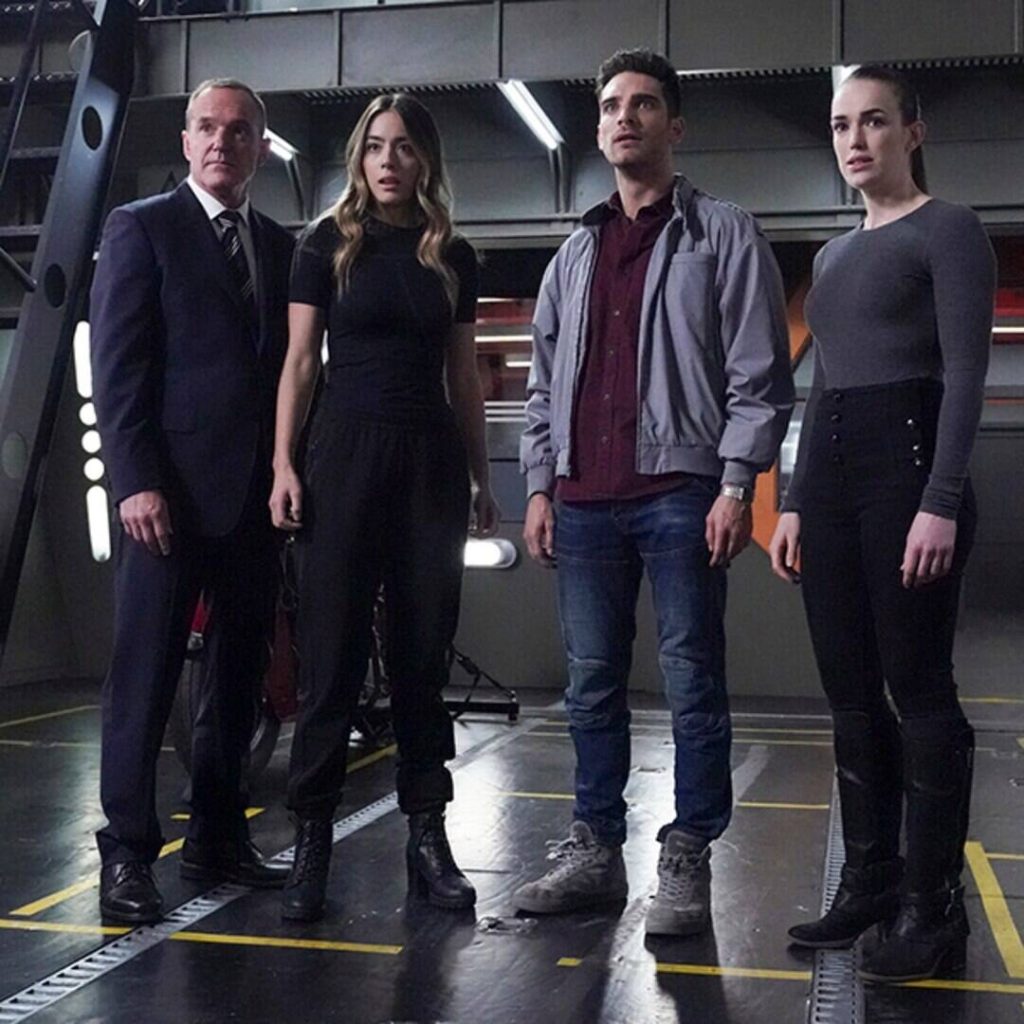 A happy ending for everybody!

Agents of S.H.I.E.L.D. said farewell tonight with a two-hour series finale, and there were many surprises to be had after—you guessed it—the team won its fight against the Chromicoms.

Fitz (Ian de Caestecker) and Simmons (Elizabeth Henstridge) were reunited, but Simmons’ mind was such a mess that she had forgotten pretty much everything about him . She spent the finale slowly remembering what she was fighting for: her daughter! FitzSimmons have a secret daughter! And we’re not freaking out about it at all!

From that reveal, the finale cut to one year later, when the whole team was reuniting to catch up after going their separate ways. Of course, they weren’t actually reuniting. They were all virtually in the same room, but actually many miles and possibly lightyears away.

Fitz was retired, but Simmons was still helping out with alien anatomies in secret. They also had their hands full with with their kid.