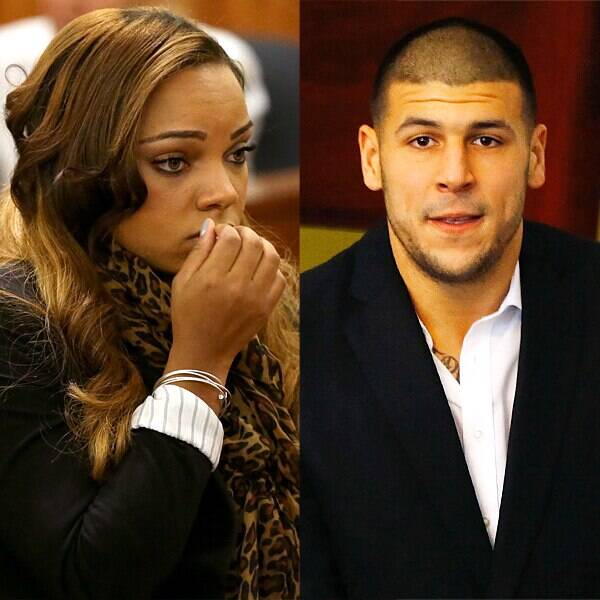 Shayanna Jenkins-Hernandez, the former fiancée of the late Aaron Hernandez, took to Instagram on Thursday to share a poem with her followers.

“She made broken look beautiful and strong look invincible,” she captioned the post, quoting a piece by Ariana Dancu. “She walked with the universe on her shoulders and made it look like a pair of wings.”

Many of Shayanna’s followers applauded her for the post and encouraged her to “stay strong.”

While Shayanna didn’t specify what sparked the post, it came less than two weeks after Netflix released the docuseries Killer Inside: The Mind of Aaron Hernandez, which explores his life and cases.

During his lifetime, Aaron played for the New England Patriots. In 2015, he was convicted of first-degree murder in the death of semi-pro football player Odin Lloyd. He was sentenced to life in prison without parole. In 2017, he was found not guilty of murder in the deaths of Safiro Furtado and Daniel de Abreu. Just a few days later, he was found hanging in his cell and was pronounced dead.

This wasn’t the first post Shayanna has shared since the docuseries’ release. Last week, she informed her followers she was taking a break from social media.

“I wanted to let all of you sweet sweet souls know I have tried to read every message sent on IG and through email (positive and negative),” she wrote via Instagram. “The amount of support and positive energy is again unreal. I’m sure you will all understand how imperative it is to take some time away from social media.”

Odin’s family attorney, Douglas Sheff, also spoke out after TMZ, citing sources, reported the family felt like old wounds were reopened after the release of the series. While Douglas said he had not heard about any unhappiness from the family over the Netflix documentary, he told E! News he continues to “love and care for this family.”

“They are wonderful people,” he said. “We are proud to represent them in anything they need.”

The 9 Best Antibacterial Hand Soaps That Also Soothe Your Skin